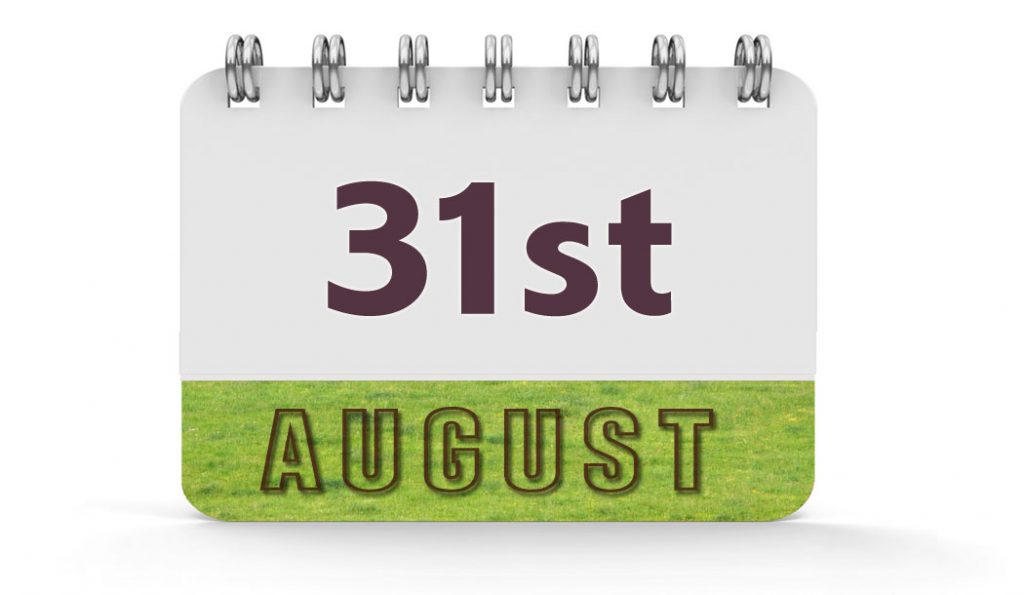 1803 – Lewis and Clark started their expedition to the west by leaving Pittsburgh, Pennsylvania.

1888 – Mary Ann Nichols was murdered, the first of Jack the Ripper’s confirmed victims. 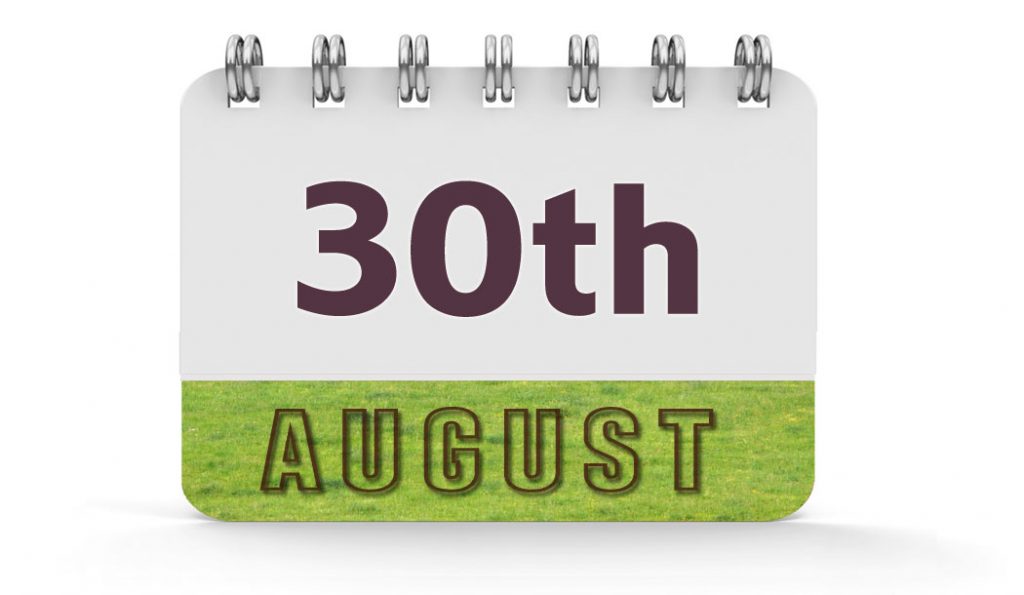 1836 – The city of Houston, named after former General Sam Houston, was founded by Augustus Chapman Allen and John Kirby Allen.

1945 – Hong Kong was liberated from Japan by British Armed Forces.

1963 – The Moscow to Washington hotline between the leaders of the U.S.A. and the Soviet Union went into operation.

1967 – Thurgood Marshall was confirmed as the first … 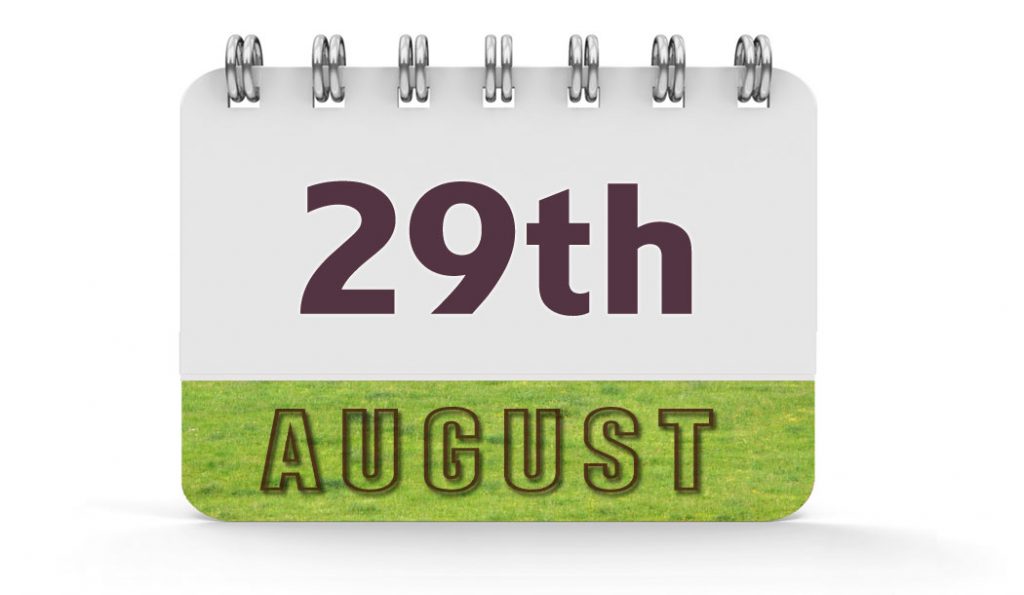 1898 – The Goodyear tire company was founded. 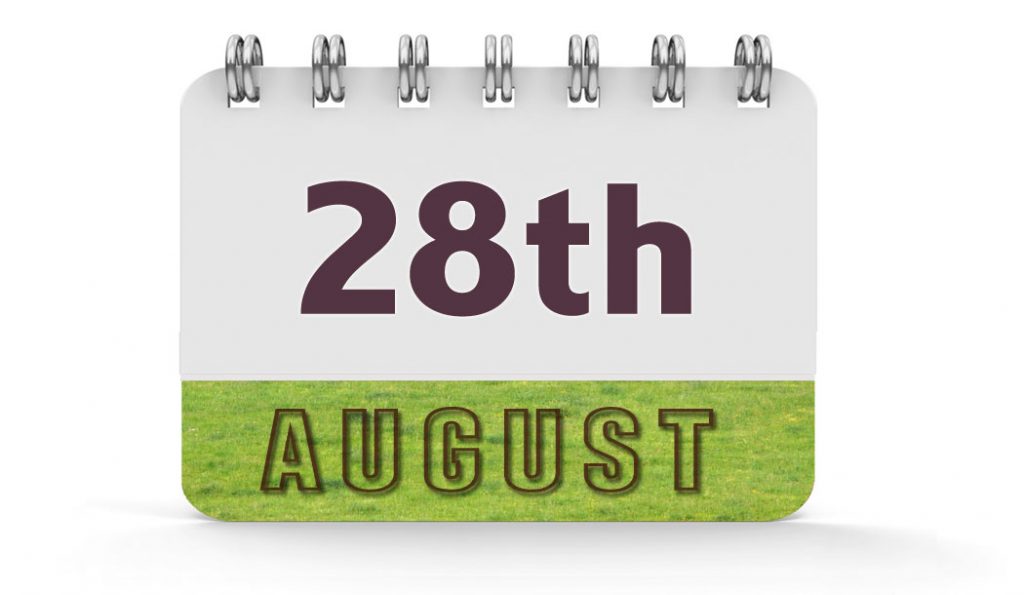 1845 – The first issue of Scientific American magazine was published. 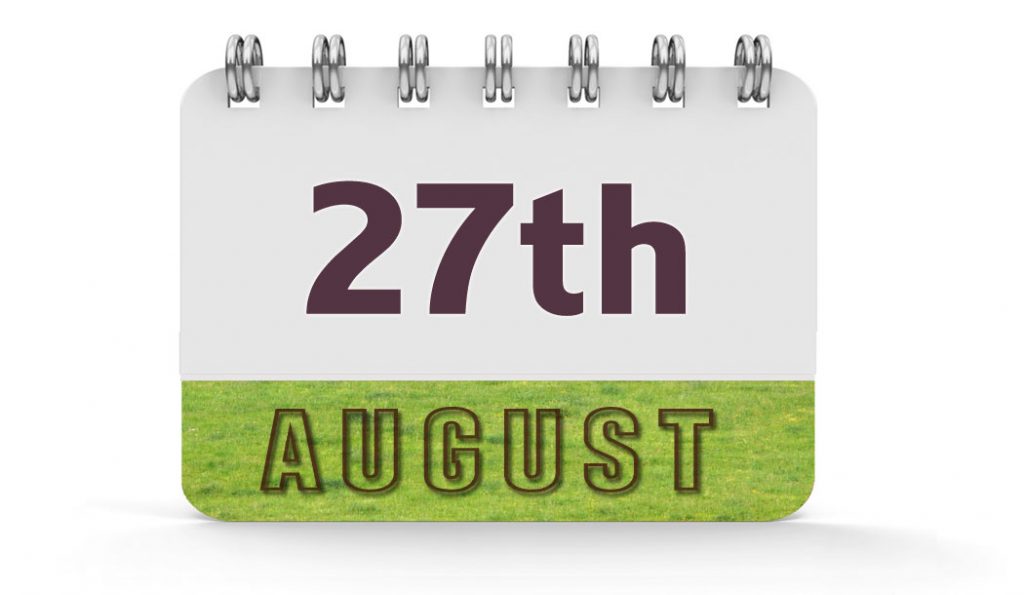 410 – The sacking of Rome by the Visigoths ended after three days.

1813 – French Emperor Napoleon I defeated a larger force of Austrians, Russians, and Prussians at the Battle of Dresden.

1896 – The  Shortest War in recorded history was the Anglo-Zanzibar … 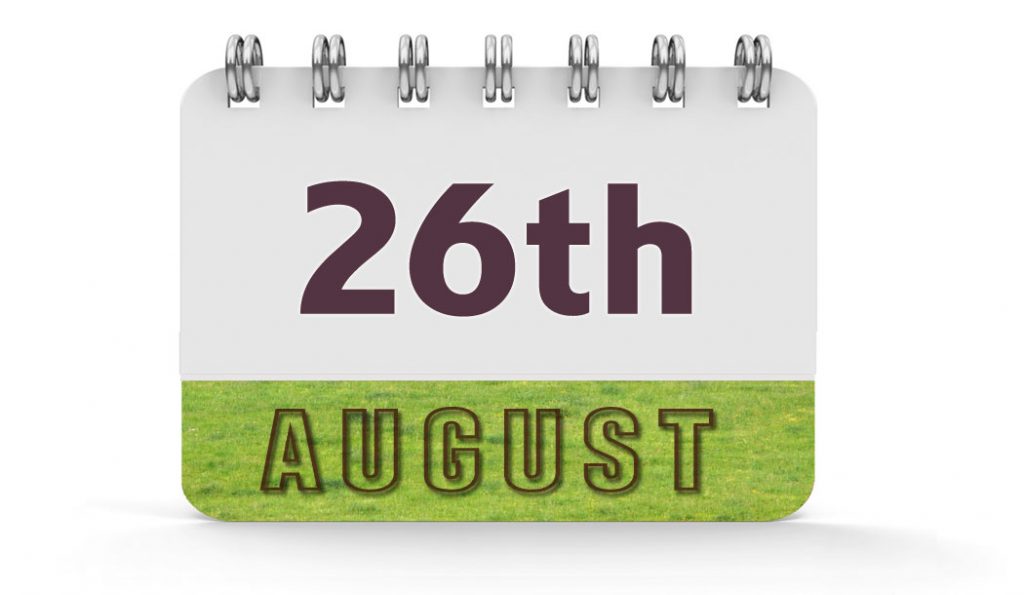 1498 – Michelangelo began his work to carve the Pieta, depicting the body of Jesus on the lap of his mother Mary after the Crucifixion.

1789 – The Declaration of the Rights of Man and of the Citizen was approved by the National Constituent Assembly of France. 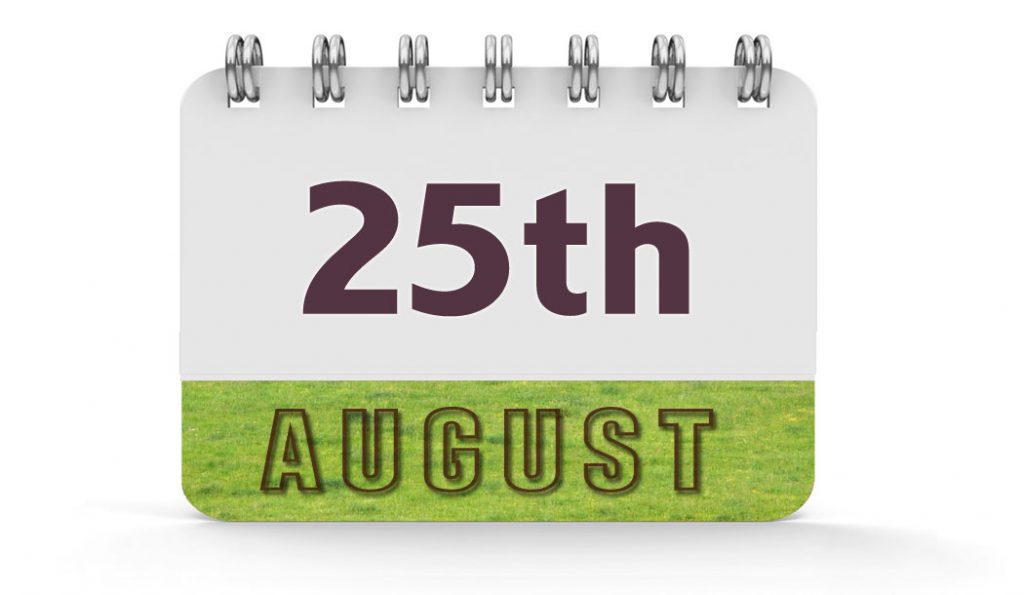 1835 – The New York Sun perpetrated the Great Moon Hoax a six part article falsely attributed to Sir John Herschel, one of the best-known astronomers of his time.

1921 – The largest civil uprising in US history since the Civil War occurred when 10,000 Coal Miners battled … 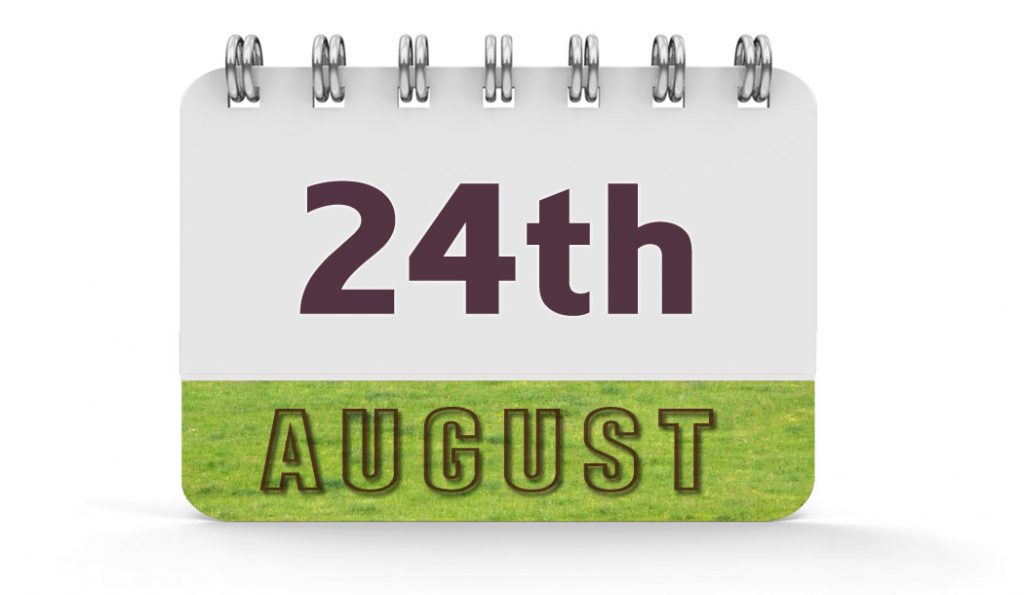 79 (Volcano Eruption) Mount Vesuvius erupted. The cities of Pompeii, Herculaneum, and Stabiae were buried in volcanic ash, although some scholars believe it was October 24th. Pop/Rock band Bastille wrote a song about the event in 2013.

1456 – The printing of the Gutenberg Bible was completed. 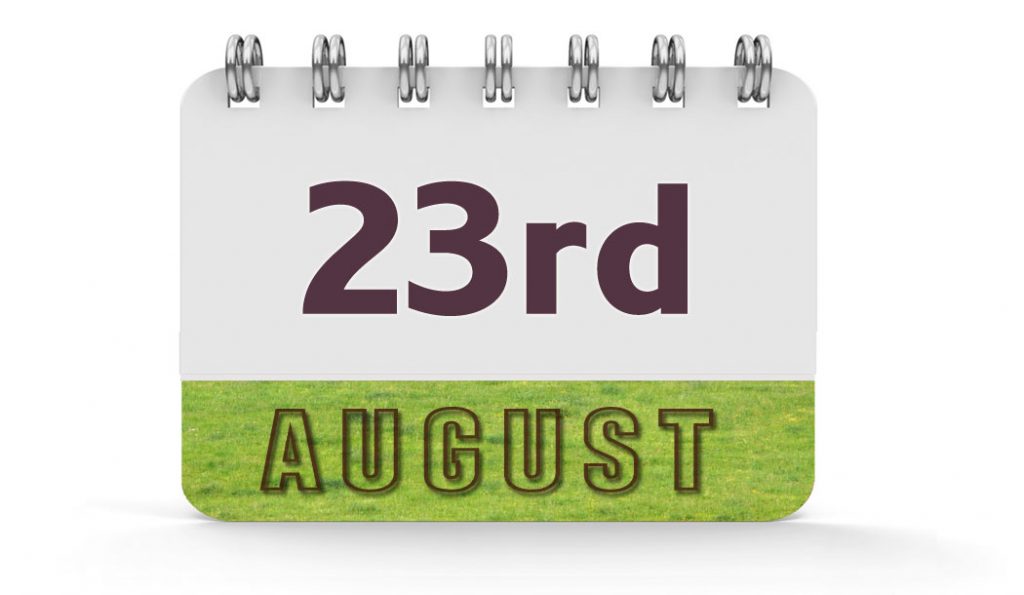 79 – Mount Vesuvius began stirring, on the feast day of Vulcan, the Roman god of fire.

1305 – Sir William Wallace was executed for high treason at Smithfield in London.

1775 – King George III delivered his ‘Proclamation of Rebellion to the Court of St. James’s’ stating that the American colonies have proceeded to a state of open and avowed rebellion. 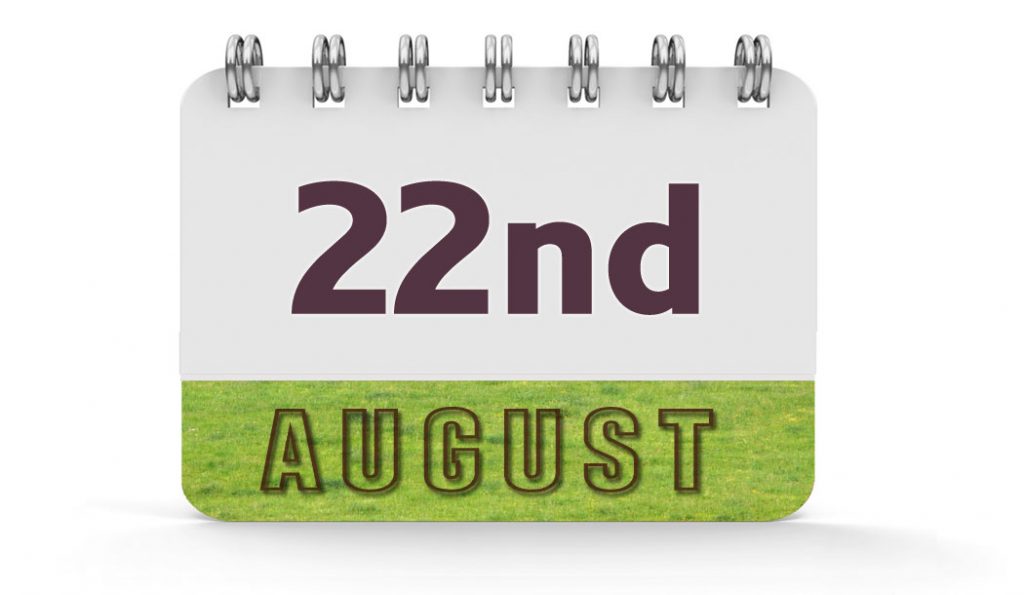 1791 – Haitian Slave Revolution in Saint-Domingue began. It ended with the founding of the Republic of Haiti in 1804.

1831 – Nat Turner’s slave rebellion began just after midnight in Southampton County, Virginia, leading to the deaths of more than 50 whites and several hundred African Americans who were killed in retaliation for the … 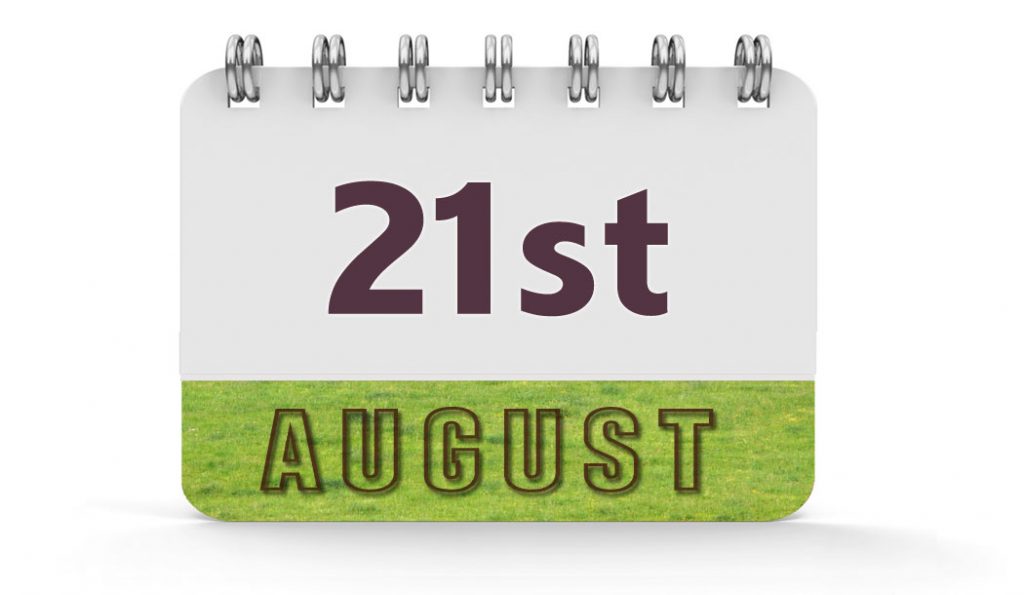 1883 – An F5 tornado strikes Rochester, Minnesota, leading to the creation of the Mayo Clinic.

1911 – The Mona Lisa was stolen by a Louvre employee, Vincenzo Peruggia. It was returned in 1913.

1957 – The Soviet Union successfully conducted a … 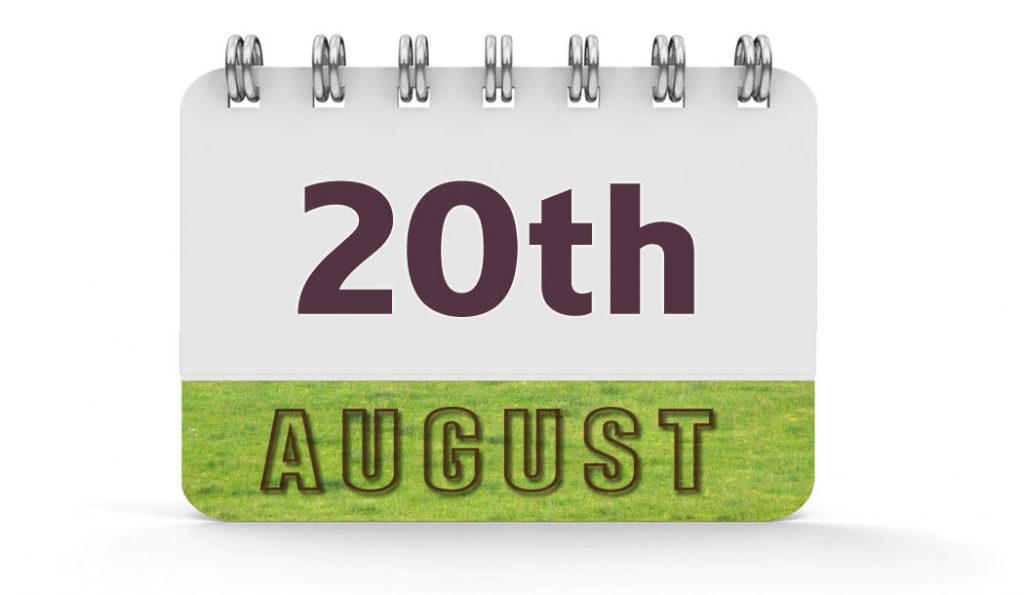 1000 – The foundation of the Hungarian state by Saint Stephen.