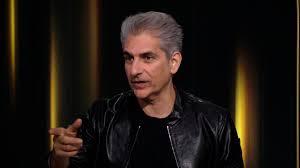 Michael Imperioli is back on HBO. Imperioli stars in season 2 of White Lotus as Dominic Di Grasso a sex addict on vacation in Italy trying to make amends with his family. Catch new episodes of White Lotus every Sunday night on HBO Max. Michael has been super busy as he revealed on Jimmy Fallon’s …

The post David Chase And Michael Imperioli Are Working On A Secret Movie Script appeared first on Age of The Nerd.

Guess what Soprano’s fans?  You better get to binge-watching all six seasons of David Chase’s amazing HBO series “The Sopranos” because the rumored prequel film is coming soon! The film titled “Newark” is slated to be released on September 25, 2020! In our opinion, it can’t get here soon enough! HBO also went a step more »

The post ‘Newark’ The Sopranos Prequel Film Gets A Release Date appeared first on Age of The Nerd.