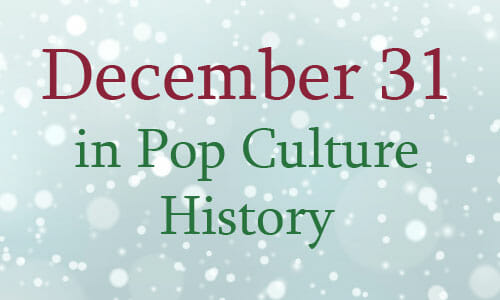 December 31 in Pop Culture History
1600 – The British East India Company was chartered. It was the first global mega-corporation.

1805 – The ‘Calendar of Reason’ had been introduced in France on November 24, 1793. It was abandoned, and the Gregorian calendar, which we still use today, replaced it.

1865 – “Neither slavery nor involuntary servitude… shall exist within the United States, or …