Thor star Idris Elba has been diagnosed with coronavirus, TVGrapevine has learned. He made the announcement on his official Twitter page earlier today. “This morning I tested positive for Covid 19. I feel ok, I have no symptoms so far but have been isolated since I found out about my possible exposure to the virus. […] 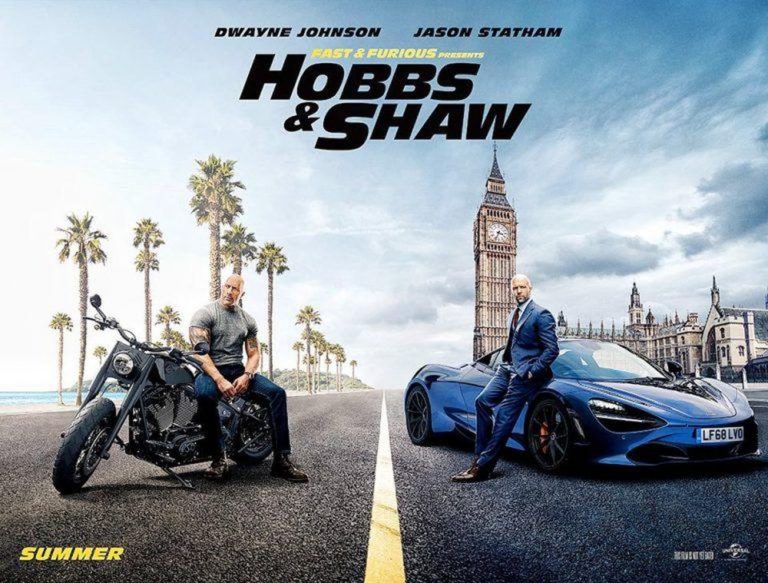 Fast & Furious Presents Hobbs & Shaw is a fast-paced tour de force of action and comedy starring Jason Statham and Dwayne “The Rock” Johnson as characters from the Fast & Furious franchise. The movie plays as any spy thriller does, so it is not necessary to know the characters’ back story. The visuals are … (AOTN) Tickets have already went on sale for Marvel Studio’s highly anticipated “Thor: Ragnarok” which is set to hit theaters on November 3rd! To add even more to the hype, Marvel Studios has also unveiled new character posters in support of the upcoming film, which can be seen below: In Marvel Studios’ “Thor: Ragnarok,” Thor more »

The post The Hype For ‘Thor: Ragnarok’ Is In Full Swing appeared first on Age of The Nerd.

(AOTN) ‘The Dark Tower”, the multi-decade work of master storyteller Mr.Stephen King, has, at long last, finally be made into a feature film. After having the opportunity to view the film I have come away with a couple of notions, most notably that much more work could have and should have been done to make more »

The post The Dark Tower Film Review! Does It Live Up To The Hype? appeared first on Age of The Nerd.

(AOTN) Sony Pictures has released the official trailer for Stephen Kings ” The Dark Tower.” King fans have been waiting for this film for many years. The Dark Tower follows the story of  The Gunslinger, Roland Deschain,  who roams around an Old West-like landscape where “the world has moved on” in pursuit of the man in more »

The post Sony Reveals The Trailer For Stephen King Adaptation “The Dark Tower” appeared first on Age of The Nerd.

(PCM) The second installment in Marvel Studios Avengers series, Avengers: Age of Ultron, is still five months out from its May 1, 2015 release, but the hype has been steadily building since audiences first saw Joss Whedon’s post-credit scenes at The Avengers‘ L.A. premiere in April of 2012.

Tune in to the first College Football Playoff National Championship game on Monday, January 12 at 8:30 p.m. EST on ESPN to catch the new trailer for Avengers: Age of Ultron, and check back here for the trailer after it premieres online!

When Tony Stark tries to jumpstart a dormant … Read more

(PCM) When Pixar released Finding Nemo in 2003, the animated feature about an anxious clownfish, Marlin, on the hunt to find his son, Nemo, with the help with an endearingly forgetful fish, Dory, became an instant classic.

When news broke in 2012 that a sequel to Finding Nemo was in the works, the excitement was palpable. Then in 2013, Disney announced that the sequel would be titled Finding Dory and would star returning stars Albert Brooks as Marlin and Ellen Degeneres as Dory.

After campaigning for a sequel for some time, Ellen made an announcement on her show expressing her excitement at Disney’s official announcement, saying:

Terri (Taraji P. Henson), a devoted wife and mother of two, lives an ideal life that takes a dramatic turn when her home and children are threatened by Colin (Idris Elba), a charming stranger who smooth-talks his way into her house, claiming car trouble.

The unexpected invitation leaves her and her family terrorized and fighting for survival.

The post “No Good Deed” in theaters September 12 also appeared on PCM Reviews.