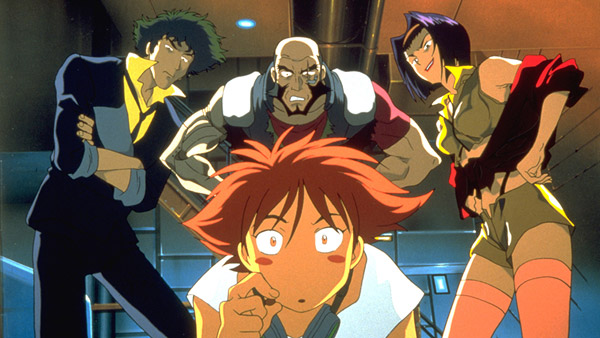 Based on the worldwide phenomenon from Sunrise Inc., Cowboy Bebop is the jazz-inspired, genre-bending story of a rag-tag crew of bounty hunters on the run from their pasts, as they hunt down the solar system’s most dangerous criminals. They’ll even save the world…for the right price. Alex Garcia Lopez (The Witcher; Marvel’s Daredevil and Marvel’s more »

The post Additional Casting News For Netflix’s ‘Cowboy Bebop’ appeared first on Age of The Nerd. (AOTN) Actor John Cho (of the Star Trek franchise) has joined the cast of FOX’s “The Exorcist” for season two which will premiere on September 29 (9:00pm -10:00pm ET/PT). Opening an entirely new chapter in the iconic franchise, Season Two of “The Exorcist” finds Father Tomas Ortega (Alfonso Herrera) and a newly collarless Marcus Keane more »

The post John Cho Joins ‘The Exorcist’ In Season Two! appeared first on Age of The Nerd.

(PCM) A day after news broke that four time Fast and Furious director Justin Lin would be helming the 13th Star Trek film, more widely known as the third installment in the recent Chris Pine-reboot of the franchise, we now have a release date for Star Trek 3!

Slated for a July 8, 2016 release, Star Trek 3 not only departs from Star Trek and Star Trek: Into Darkness director J.J. Abrams but also from the reboot’s somewhat earth-centric setting. According to series writer Roberto Orci, Star Trek 3 will delve into deep space.

Stars Chris Pine, Zoe Saldana, Zachary Quinto, Anton Yelchin, Simon Pegg, Karl Urban, and John Cho are all speculated to return to the latest installment and reprise their roles, though there has yet to be a confirmation.

Currently, Star Trek 3 is attached to a script by Roberto Orci, Patrick McKay, and J.D. Payne.