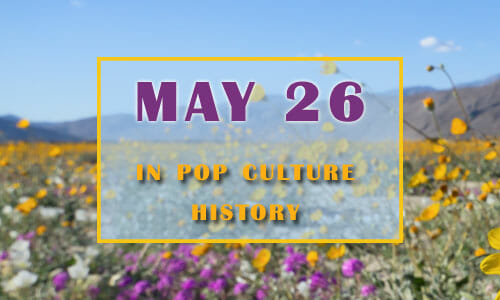 May 26 in Pop Culture History

1869 – Boston University was chartered by the Commonwealth of Massachusetts.

1897 – Bram Stoker’s Dracula novel began being sold in the UK.