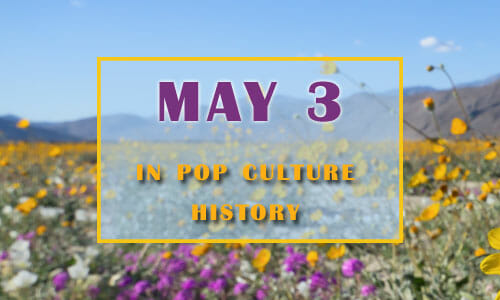 May 3 in Pop Culture History

1375 BC -The first recorded eclipse occurred, noted in the area know known as Syria.

1802 – Washington, District of Columbia. was incorporated as a city.

1937 – Gone with the Wind by Margaret Mitchell, won the Pulitzer Prize for Fiction.

1952 – The Kentucky Derby was televised nationally for the first time, …