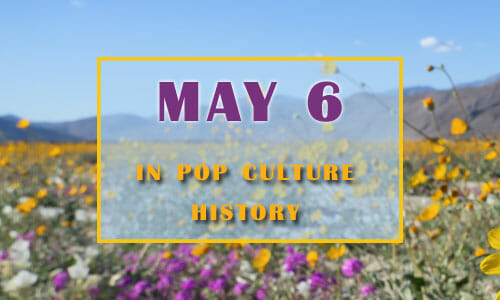 May 6 in Pop Culture History

1851 – President Benjamin Harrison had the first electric lights installed in the White House.

1889 – The Eiffel Tower was officially opened to the public at the Universal Exposition in Paris.