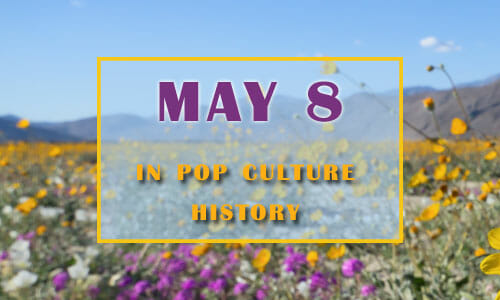 May 8 in Pop Culture History

1886 – Coca-Cola was first sold to the public at the soda fountain in Jacob’s Pharmacy in Atlanta, Georgia.

1933 – Mohandas Gandhi began a 21-day fast of self-purification and launched a one-year campaign to help the Harijan movement.