Time to get excited! Global superstar Harry Styles has revealed that he will be performing for ONE NIGHT ONLY in New York to coincide with the release of his highly-anticipated new album “Harry’s House” which will be available globally on May 20th. The very special one night only performance will take place at the UBS …

The post Harry Styles Announces One Night Only Performance In New York Celebrating New Album Release appeared first on Age of The Nerd. 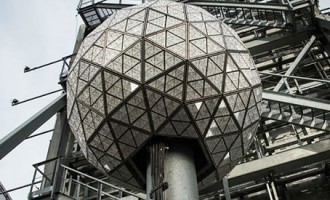 (PCM) All across the world folks will be celebrating the New Year with various customs and traditions, however one of the most well-known and well-preserved traditions takes place in heart of Times Square in New York City with the dropping of the now 11,875 pound ball adorned with over 2,500 Waterford Crystals and 32,000 LED… Read More

The post Why Do We Drop A Ball To Celebrate New Year’s Eve? appeared first on Weird But True News.

The Riveting Movie KIN is an Explosive Sci-fi, Crime Thriller That Keeps Us Guessing Rarely does a film take us on such a wild adventure that we cannot predict anything that is coming next, and we are at the edge of our seats wanting more and more – basically it is a thrilling ride! Part […]

On Saturday, September 23, the 2017 Global Citizen Festival marked its sixth year on the Great Lawn of New York’s Central Park. World and business leaders, non-profit organizations, socially conscious artists, and thousands of Global Citizens united to further the world’s progress toward achieving the Global Goals for Sustainable Development and ending extreme poverty by …

Noah Cyrus may be an on the rise pop star with her Platinum smash hit debut single “Make Me(Cry)” featuring vocals from Labrinth and her more recent single “Stay Together” The songs are scheduled to be the lead single off of Cyrus’ debut album, entitled NC-17, scheduled to be released later this year(2017). Following in her sister Miley Cyrus’ footsteps rapidly …

International advocacy organization Global Citizen today announced that headliners Stevie Wonder, Green Day, The Killers, The Lumineers and featuring The Chainsmokers will perform at the 2017 Global Citizen Festival, the annual free-ticketed event on the Great Lawn in Central Park, New York City on Saturday, September 23, 2017. Special guest performances will be given by Pharrell Williams, Big Sean, Andra Day and Alessia Cara, with more to be announced …

(PCM) Louie is the name of the 132-year old lobster who resided in the shellfish aquarium at Peter’s Clam Bar located in Long Island, NY for the past 20 years. Louie was recently granted a pardon and his freedom to swim about somewhere in the Atlantic Ocean after so many years kept in captivity. Restaurant […]

The post 132-Year Old Lobster Released After 20 Years Of Restaurant Captivity! appeared first on a Myth.

(PCM) UK producer SBTRKT (pronounced “subtract” for the uninitiated) delighted the music world when he announced his new album Wonder Where We Land and dropped the single “New Dorp, New York” on Tuesday.

Wonder Where We Land follows SBTRKT’s self titled debut album from 2011 which received generally positive reviews, earning the 42nd spot on Pitchfork’s “Top 50 Albums of 2011.”

SBTRKT’s announcement follows the release of Transitions, a three part series of instrumental 12-inches released on Young Turks back in March.

Loom Ensemble has produced a show displaying a tapestry of circus talent and drama that delighted its audience. In Olympus, directed and written by co-founder Michael Bauer, the leading gods and goddesses of Ancient Greece show their hubris and open disregard for the human race. Bauer’s script, performed for the first time at Dixon Place in New York City (April 10th-12th), seamlessly weaves together the stories of Hephaestus and Hera, Ares and Aphrodite, and Prometheus making for a moving retelling of a few tales in Greek mythology.