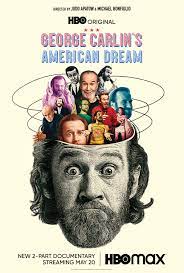 George Carlin is one of the greatest comics to ever grace the stage. The stand up comic lived a roller coaster of a life when it came to stand up comedy and social commentary. His jokes are still talked about to this very day by other comedians, and he is one of the pillars of …

The post Be Sure To Check Out ‘George Carlin’s American Dream’ For A Look Into The Brilliant Mind Of One Of Comedy’s Greatest appeared first on Age of The Nerd.

Phew! That was a real scare!  Fans of the hit Netflix Original series “Stranger Things” were freaking out over some choice phrasing, a new hair style and some tears being shed thinking that their beloved series would be coming to an end! Rest assured fans, “Stranger Things” has no plans on concluding anytime soon! The more »

The post Rumors That Stranger Things Was Coming To An End Prove False! appeared first on Age of The Nerd.