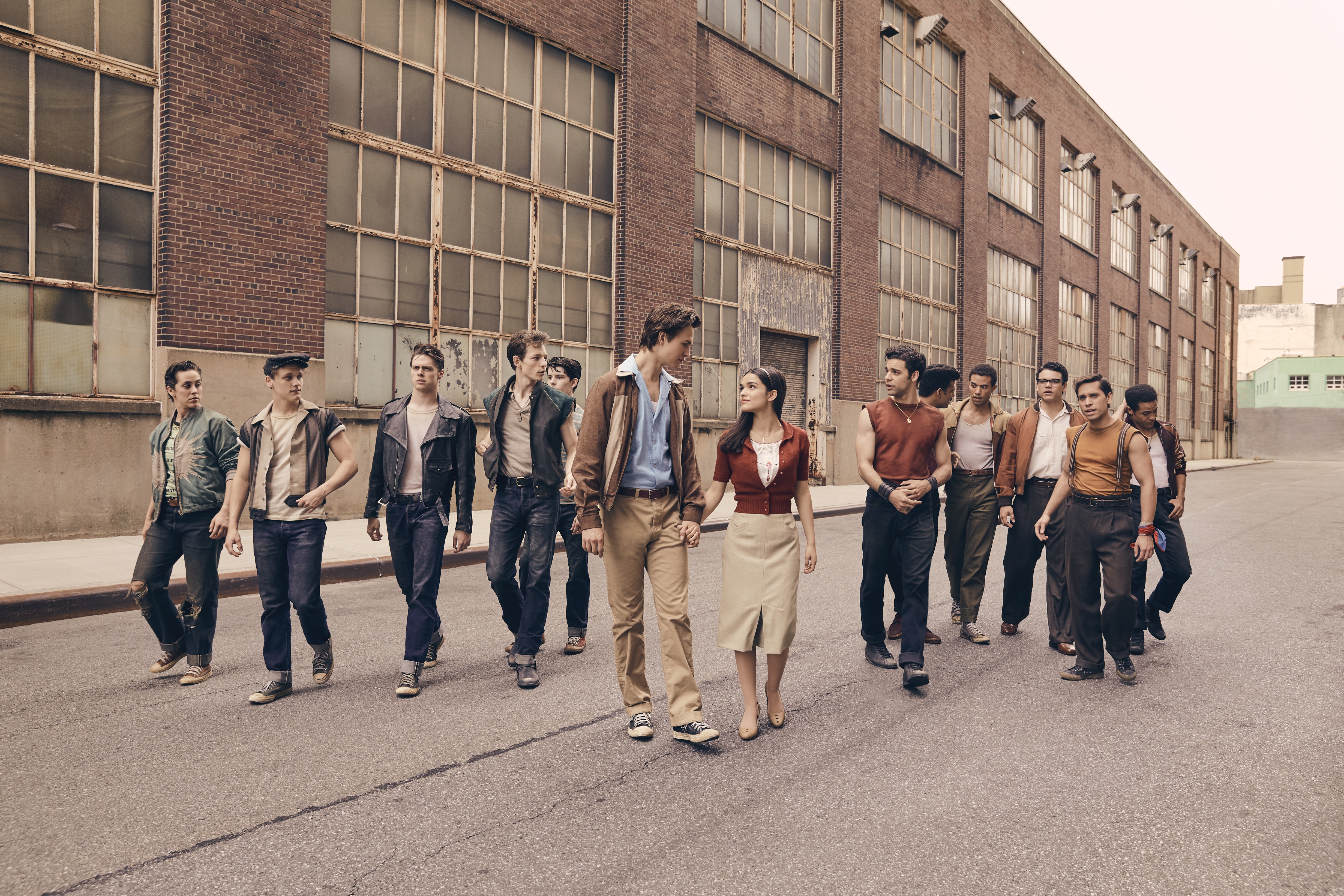 The first look at Academy Award®-winner Steven Spielberg’s WEST SIDE STORY has been revealed. An adaptation of the original Broadway musical, WEST SIDE STORY explores young love and tensions between rival gangs the Jets and the Sharks on the streets of 1957 New York. The film is now in production for Twentieth Century Fox. Pictured more »

The post First Look At Steven Speilberg’s ‘West Side Story’ appeared first on Age of The Nerd. 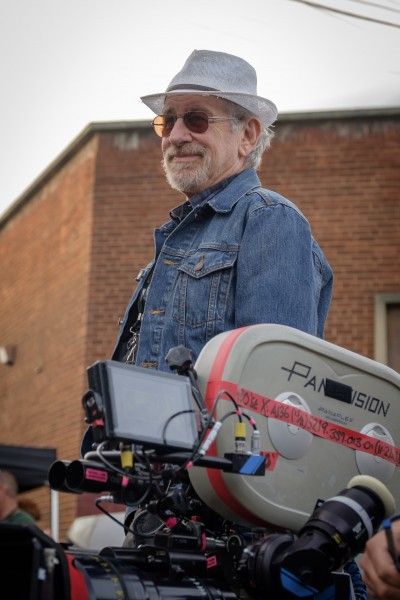 It was recently reported that legendary filmmaker Steven Spielberg is using his influence against live streaming services like Netflix too not have the ability to have their content receive awards at the Oscars. I have a lot of respect for Mr. Spielberg, but in my opinion, he’s dead wrong. In his forty-year plus career the more »

The post Dear Mr. Steven Spielberg. What’s Up Bro ? appeared first on Age of The Nerd. There can be little doubt that the opening sequence is possibly one of the most crucial moments in a picture. It often sets the tone for what is to come, and rarely fools the audience into thinking that they are watching a feature in particular that then suddenly changes course.

The post 5 of the Most Thrilling Opening Sequences Ever! appeared first on Age of The Nerd. 20th Century Fox has released the first trailer for ‘The Post‘. The film, which was directed by Steven Spielberg, is centered around the the publishing of the Pentagon Papers by The Washington Post in 1971. The film follows Meryl Streep‘s Katharine Graham and Tom Hanks‘ Ben Bradlee as they form an unlikely partnership, fighting to more »

The post ‘The Post’ Trailer: Spielberg Tackles the Pentagon Papers appeared first on Age of The Nerd. The first trailer for HBO’s ‘Spielberg’ Documentary has arrived. Since it’s announcement, this documentary has been one of our most anticipated films of the fall season.

The post ‘Spielberg’ Trailer Sheds Light on the Legendary Director appeared first on Age of The Nerd. Just like as quickly as Indy snatches the hat away from Shia Labeouf at the end of Kingdom of the Crystal Skull, Indiana Jones 5 writer David Koepp snatches Lebeouf’s character, Mutt, from the sequel. And that’s probably a good thing. David Koepp confirmed that Harrison Ford will reprise his role as Indiana Jones and more »

The post Shia LaBeouf Not Involved with Indiana Jones 5 appeared first on Age of The Nerd. ‘Speilberg‘, an intimate portrait of the iconic film director Steven Spielberg, is set to be released on October 7th. The documentary, which is set to premiere on all HBO platforms, will examine the director’s filmography in depth like never before. I’m a massive fan of documentaries – especially ones that examine filmmakers – so this more »

The post ‘Speilberg’ to debut October 7th on HBO appeared first on Age of The Nerd.

(AOTN) Ready Player One sure did deliver at #SDCC. The official trailer for the film was released and left many fans wanting more. The trailer which was filled with Easter Eggs as they say saw the likes of Harley Quinn, Willy Wonka, Joust, and even Freddy Krueger. Another Easter Egg was the appearance more »

The post Ready Player One Trailer Released At SDCC appeared first on Age of The Nerd.

(AOTN) With San Diego Comic Con only days away the hype is all around. One of the highlights of this years con will be when Warner Bros brings there slate of films to San Diego for a preview of upcoming films including Justice League, Blade Runner 2049, and Ready Player One. “Ready more »

The post Ready Player One Set For San Diego Comic Con appeared first on Age of The Nerd.

(PCM) Variety confirmed today, January 5, that Scarlett Johansson will star in DreamWorks’ live-action remake of the futuristic police thriller, Ghost in the Shell.

Based on the manga series of the same name by Masamune Shirow, Ghost in the Shell is currently in pre-production.

Helmed by Snow White and the Huntsman director Rupert Sanders, DreamWorks’ adaptation comes from a script by The Hoax and The Reluctant Fundamentalist writer Bill Wheeler and is produced by Spider-Man, X-Men, Fantastic Four, and Iron Man producer Avi Arad and Steven Paul.

Though the manga and multiple animated film series detail the missions and operations of Public Security Section 9, a counter-cyberterrorist organization in mid 21st century Japan, Variety reports that Sanders’s take on the franchise has Scarlett Johansson as part of the Japanese National Public Safety Commission.

The post Scarlett Johansson Will Star in DreamWorks’ Live-Action “Ghost in the Shell” also appeared on Movie News & Reviews.

(PCM) Universal Pictures debuted the first full trailer for Jurassic World, just one day after the tesser trailer hit the web and two days before its announced debut date of Thanksgiving.

Why the ful trailer came out today and not on Thanksgiving during NBC football is currently unclear, but there are no complaints from us here at PCM.

Finally, we get a full view of Jurassic World, the dinosaur theme park as originally envisioned by Dr. John Hammond. Rides, a watershow, and safaris with real live dinosaurs are just a few of the park’s short lived amusements.

In a series about dinosaurs running amok and wreacking havoc, its easy to see how terribly a fully functioning dinosaur theme park can go.

(PCM) Universal Pictures released a teaser trailer for the highly anticipated Jurassic World, the fourth and most likely not last installment in the Jurassic Park series.

Clocking in at about 15 seconds, the teaser trailer opens with a haunting stripped down version of John Williams’ Grammy-nominated Jurassic Park score, giving viewers the inpression that things are a little darker this time around.

The teaser trailer also gives viewers a very quick glimpse at Jurassic World, the fully functioning dinosaur theme park built on Isla Nublar as it was oringally envisioned by the man who started it all, John Hammond.

In a series about dinosaurs running amok and wreacking havoc, its easy to see how terribly a fully functioning dinosaur theme park can go.

Jurassic World picks up 22 years after the first test run of John Hammond’s theme park on Isla Nublar went horribly wrong and resulted in many deaths, and an … Read more