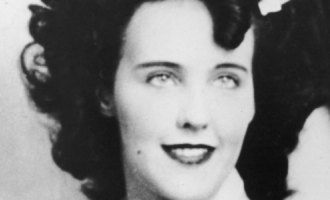 The Black Dahlia Mystery Elizabeth Short was a 22 year old actress whose body was found on January 15, 1947 in a vacant lot in Leimert Park, a suburb of Los Angeles California, brutally murdered. As far back as the 1800s the press have given names to unknown murderers or murders, Jack the Ripper and… Read More

The post The Black Dahlia Mystery appeared first on Weird But True News.